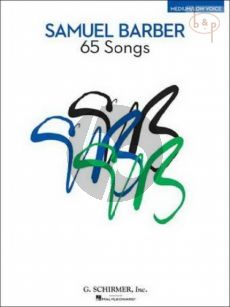 In celebration of the 100th anniversary of the birth of Samuel Barber, we are proud to release this major new edition, which includes newly edited and engraved editions of the complete contents of Collected Songs and Ten Early Songs (1994), plus many previously unpublished early songs. Manuscripts from the Library of Congress and other sources were consulted for all songs. The edition includes extensive historical information about each song, a lengthy and insightful article about Barber, and facsimiles of selected manuscripts. 288 pages.