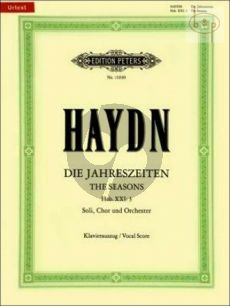 original sources. That this work has not quite attained the popularity of its companion may relate to its historical English libretto, which is generally considered substandard in the English speaking countries. The editor and publishers have therefore decided to include, alongside the traditional German text, Margaret Boaden's new version of the English, which is favoured by such conductors as Roger Norrington.

The edition is based on a fresh examination of the