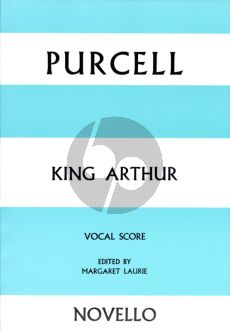 King Arthur was the only one of Purcell's professionally produced operas to have been designed as a semi-opera; the others were all adaptations of earlier plays. Dryden made a real attempt to integrate the music into the drama, but since he ascribed to the dramatic conventions of the period which virtually confined music to allegorical or supernatural beings and thier worshippers, or servants, shepherds and similar characters, the main action mostly occurs in the spoken sections, and even the two singing characters, Philidel and Grimbald speak more than they sing.