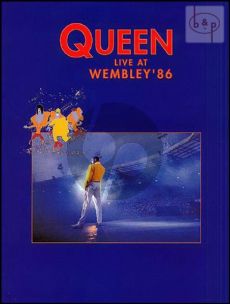 In 1986 Queen performed a spectacular concert at London's Wembley Stadium that was broadcast across the world. Fresh from stealing the show at Live Aid, the band were on their greatest form, performing anthems such as We Are The Champions alongside a quirky Hello Mary Lou and the delicate Love Of My Life. The concert was released as an album after the death of Freddie Mercury. Each song from that album as been arranged here for Piano and Voice with Guitar.