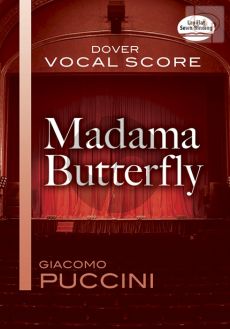 Safe within their cocoons, butterflies only become vulnerable when they emerge to enchant the world with their beauty. Madama Butterfly has been breaking hearts for over a century with its tragic tale of an innocent Japanese girl who abandons her faith and her family to marry an American naval lieutenant. Giacomo Puccini created a dozen operas, many of them rooted in his fascination with exotic lands and foreign cultures. Inspired by a London performance of one-act play by American playwright David Belasco, the composer developed an emotionally charged musical score to accompany this tale of devotion, tradition, and sacrifice. The opera's most famous aria, 'Un bel dí vedremo' ('One beautiful day, we will see'), in which the heroine professes her faith in her lover, ranks among the most popular works in the soprano repertoire. 'Dovunque al mondo' ('Throughout the world') characterizes Butterfly's American officer with a musical theme based on 'The Star Spangled Banner.' Other highlights include the endings of each of the three acts: the extended love duet 'Vogliatemi bene' ('Love me, please.'); the wordless beauty of 'Coro a bocca chiusa,' ('Humming Chorus'); and the climactic aria 'Con onor muore' ('To die with honor'). This authoritative 1906 edition of one the world's most beloved operas features the original Italian lyrics. Reprint of the G. Ricordi & Company, Milan, 1906 edition.