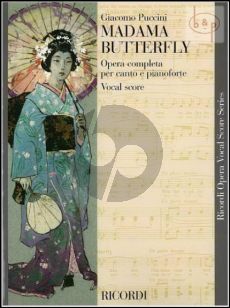 The definitive version, which is reflected in this edition, was produced in 1906 at the Opéra Comique in Paris and published by Ricordi the following year. Puccini thus invested considerable effort into the creation of this his favorite operaùand into shaping the fate of the heroine, herself a manifestation of the extremes of patient waiting and steadfast love. The music is a complete and masterful expression of the pity and disillusionment that surround the figure of Cio-Cio-San: her absolute but misguided hope, her pathetic pretence in the name of love, her miserable demise.