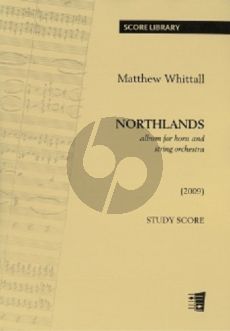 Northlands (album for horn and string orchestra) is a concertante work for horn and strings, written for Tommi Hyytiäinen and premiered by the Ostrobothnian Chamber Orchestra with Hyytiäinen as a soloist. The work has been recorded for ALBA label, and it won the Record of the Year prize given the Finnish National Broadcasting Company in 2017.

The composer writes that Northlands was influenced by his brief experience with Iceland, its epic landscapes and otherworldly light, which had had an immediate and powerful impact both on the composer and the concept for the piece.