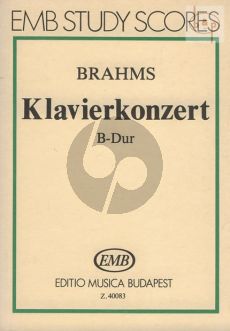 The first drafts of the piano concerto in B flat major were already made in the spring of 1878 but the detailed elaboration of the composition followed only three years later. Its first public performance took place in Budapest on November 9th, 1881 in a concert of the Philharmonic Society. The orchestra was conducted by Sándor Erkel, the piano part was played by the composer.