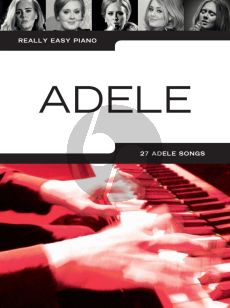 A fantastic album, '25' was hailed by many insiders as saving the music industry, motivating many people to purchase physical copies of the album. This Really Easy Piano Adele sheet music book will let you play some of these new songs as well as all of Adele's greatest hits in Easy Piano arrangements. 64 pages.