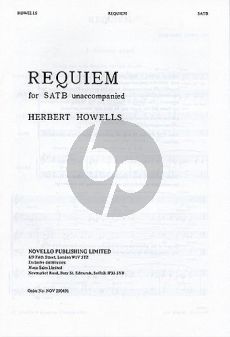 Herbert Howell’s Requiem written for unaccompanied SATB chorus and soli. Although written in 1936, Requiem was not released for performance until 1980, held back by Howells following the death of his son in 1935. It is a harmonious and deeply Romantic composition, but restrained and it is at these moments we realise how affected he was by his loss. It was the composer's intention that Requiem should be performed a cappella, however he provided a limited organ part, for rehearsal purposes only, which is included here.