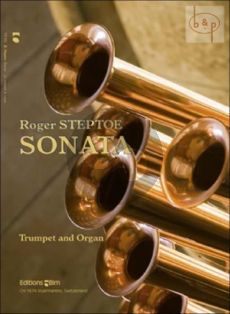 Written for the Anglo-American trumpeter, Graham Ashton, and American organist, Christopher Jacobson, it was first performed in Washington National Cathedral, USA, on 25th January 2009 as part of the Cathedral's 2008/09 Organ Recital Series

Cast in four contrasting movements, the first is highly festive and rhythmic with much inter-play between trumpet and organ The second, a sleek scherzo, features fanfare-like trumpet calls over a constantly-changing luxuriant bed of pulsating harmonies The third is a 'vocalise' for trumpet The final movement is based on a recurring 'ground bass' or 'passacaglia' The mood is celebratory and the festivities of the first movement brings the Sonata to an energetic and jubilant end. The composer is grateful to Christopher Jacobson for the registrations.