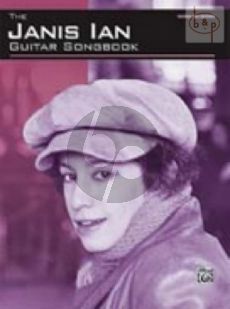 Internationally known singer/songwriter and guitarist Janis Ian has been writing and recording music since the 1960s. As a teenager, she released her first hit single, the controversial "Society's Child." Throughout the 1960s and 1970s, Janis Ian had several hit songs, both in the U.S. and abroad, including the Grammy Award-winning "At Seventeen." A respected songwriter, her songs have been covered by Joan Baez, Mel Torme, Cher, and many others. After a nine year hiatus between 1983 and 1992, Janis Ian returned, releasing Breaking Silence. Her most recent record, Folk Is the New Black, was released in 2006, which she supported with a worldwide tour. The Janis Ian Guitar Songbook features 14 of Janis Ian's biggest hits. This book provides authentic guitar TAB for all the songs included.