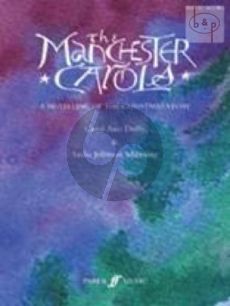 The Manchester Carols is an inspired collaboration between composer Sasha Johnson Manning and Poet Laureate Carol Ann Duffy. A collection of 12 carols, linked with a gentle, entertaining narration, which reshape and modernise the Christmas story. Its creators wanted to write something that is relevant to and reflects modern society, and which acknowledges the fact that even though someone might not subscribe to the religion behind the Nativity story, they can still appreciate it as an inspiring, magical tale. The carols are for everyone, believers or not.Duffy uses the Christmas story as a metaphor for human experience, giving us up-close and personal insights into the central characters of the nativity - Mary, Joseph, a newborn baby, and a 'golden youth' (aka the Angel Gabriel). As Duffy herself says: 'I think the story is wonderful. There's a lot we can take from it on a human level even if we don't take the divine element.' There are hints, too, of the darker, grittier side of the Nativity story - refugees, poverty, giving birth on the road; and, looking further forward, there are hints of Jesus' fate on the cross.These carols were written in Manchester in 2007 and first performed by children from several Manchester schools at The Royal Northern College of Music (and again in 2008). All of us who worked on them - librettist, composer, artist, conductor, teachers, musicians and singers - live and work in that great city. And so these are, and will forever be, The Manchester Carols.