The Snowman for Flute - Howard Blake 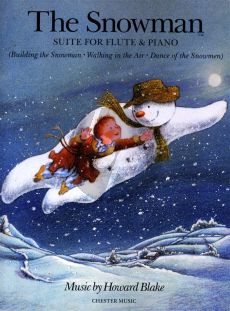 Raymond Briggs' charming Christmas story of the boy who builds a snowman who comes to life, and their adventures together, has become a children's classic. It's popularity has been further enhanced by frequent television broadcasts of the award winning cartoon film The snowman. In this suite for flute and piano, composer Howard Blake more...recreated the story in words and music based on the scenes from the film. The music, which includes the hit song Walking in the Air, is easy enough to be played by pianists of all ages and abilities.