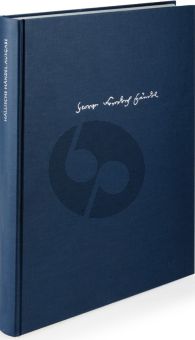 Earn 10,750 Poppels with this product

The publication of the new Urtext edition of Water Music makes the work available in a revised edition reflecting the latest research findings. In October 2004, the editor Terence Best found the oldest surviving manuscript score in the archives of the Royal Society of Musicians in London – primary source A, which can be dated to 1718. This discovery demands a dramatic reappraisal of what is probably Handel’s most famous work.

Until this find, the theory formulated by Barrett Lennard in 1950 was regarded as authoritative. He divided the material into three suites according to key and instrumentation. This was based on the fact that some of the material in the Water Music is the same as in the Concerto HWV 331. With the help of the latest technology, it has now been possible to date this Concerto to 1722. By doing this, the rationale for dividing the music into three suites has been removed. The newly found primary source A places the movements in a richly varied sequence of keys and instrumentations which offers a great range of colours than the previous arrangement,

Based on new sources, editor Terence Best has been able to reconstruct the original order of the suites and correct many points left open or unclarified in earlier publications.

The conductor and keyboard player Christopher Hogwood has edited the new edition of Fireworks Music. The edition is the result of thorough revision and correction based on the source material. During this process, some incorrect notes were corrected, and in particular, the viola part was revised. Misunderstood instructions from Handel relating to the colla parte coupling of the viola with the second oboe, as in the overture or with the bass parts, have been reassessed. Doubling with other parts resulted in passages, which were too high or too low: these have now been rectified and a part suited to the range of the viola has been made possible.