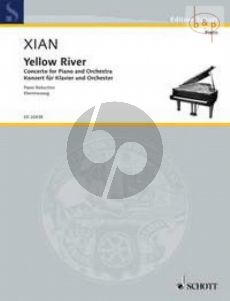 Rachmaninoff and Tchaikovsky may have influenced it and Lang Lang has included it in his repertoire: the piano concerto 'Yellow River' features a brilliant virtuoso solo part, expressiveness and drama, contemplation, great pathos and wit.Based on the cantata of the same name by the famous Chinese composer Xian Xinghai (1905-1945), the concerto, arranged by Yin Chengzong among others, is similarly characterized by the combination of Chinese folk music and elements of the Peking Opera, with traditional European art music.'Yellow River', the cradle of Chinese civilization and a symbol of the spirit of the Chinese people, can be compared to the 'Moldau' from Smetana's symphonic poem 'Má Vlast'. It is down to you to discover its programmatic content!