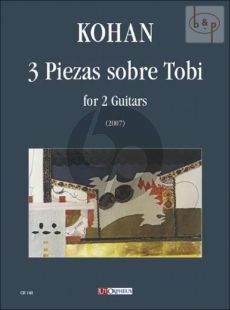 Argentine guitar player, arranger and composer, Jorge Omar Kohan graduated from Escuela Nacional de Música and National Conservatory of Buenos Aires, and later studied guitar with Eduardo Isaac and composition with Laura Baade. Over the years he has had intense activity as a soloist and guitar player of Quinteto La Camorra. He has published 9 CDs in Argentina and Europe and has done more than 20 international tours including both milongas and the most renowned venues in the world. He has premiered his own works in Argentina, Chile, Brazil, Colombia, México, USA, Spain, Italy, Switzerland, Holland, Belgium, Portugal, Bosnia, China and Dominican Republic. He composes and arranges for guitar, chamber ensembles and tango, symphonic and chamber orchestras. He has received awards recognizing him as interpreter and composer.