A collection of pieces for early intermediate pianists / Ivo Kahánek 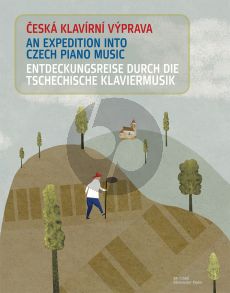 The leading Czech pianist Ivo Kahánek has long devoted himself to training young musicians. With this album of recital pieces he offers young pianists quite easy pieces by well-known Czech composers.