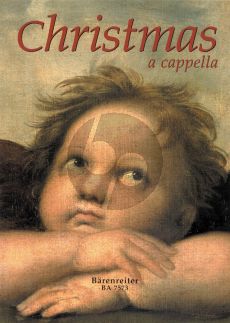 Not all Christmas music is the same. Christians in Europe have always used music in ever new forms and mediums of performance to express their joy at Christmas. Christmas a cappella embraces England to the Czech Republic, encompassing music from Gregorian chant to popular songs, Unison songs and canons are just as likely to be found as traditional four-part harmonies or new arrangements for up to twelve voices. All can be learnt easily and quickly with texts in the original language underlaid with singable English and/or German translations. - a brand new Christmas collection encompassing styles and traditions from all over Europe - more than 170 easy to learn titles - mostly in three to four parts - flexible scoring from unison songs, traditional four-part harmonies, through to 12-part arrangements - singable translations in English and/or German