reduction for Flute and Piano 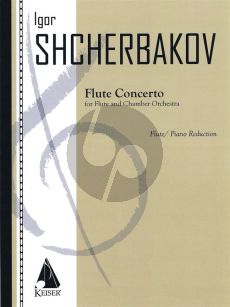 IGOR SHCHERBAKOV is regarded as a leading international and Eastern European composer, teacher, and public figure. Mr. Shcherbakov is President of National Composers Union of Ukraine and teaches composition at the prestigious Ukrainian National Academy of Music. As a composer his works have spanned nearly every genre and have been embraced both at home and abroad, with extensive performances spanning the Eurasian continent and North America.  Shcherbakov was among the first of a generation of Soviet-Era composers who began to challenge totalitarian censorship in the latter 20th century and his original voice continues to captivate audiences.