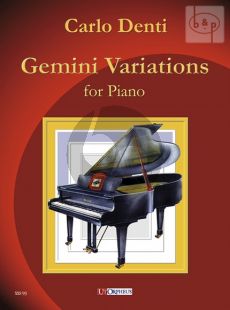 Carlo Denti studied composition with Rodolfo Cicionesi and double bass with Lucio Buccarella at the Conservatory of Florence. After attending an international masterclass with Jordi Savall, he graduated in viola da gamba, getting the Premier Prix, in the class of Wieland Kuijken at the Brussels Conservatory, where he also attended a masterclass in chamber music held by Paul Dombrecht. He performed in Italy and other European countries as a soloist and in Renaissance and Baroque chamber music ensembles. He made recordings of music by various Italian and French composers. He taught viola da gamba at the Music School of Fiesole, in several international masterclasses and at the Conservatories of Latina, Verona, Milan, Parma and Pesaro. He also taught chamber music for string instruments at the Conservatory of Venice. As a composer, he got second prize ex-aequo with the 'Suite La Facile' for Viol Quartet at the Viola da Gamba Society of America Competition, held in 1989. He was co-founder of the Italian Viola da Gamba Society, created in Florence in 1987. A selection of his compositions, revisions and transcriptions for viola da gamba is published by Ut Orpheus Edizioni.