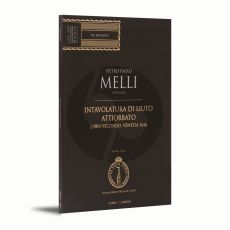 Pietro Paolo Melli (1579-c.1623) We have little biographical information regarding Pietro Paolo Melli. Born in Reggio in 1579, he was appointed lutenist at the Court of Matthias in 1612, the year the latter was elected Holy Roman Emperor. He must have been highly appreciated as a lutenist and musician, since documents attest to his being one of the best-paid court musicians. When Ferdinand II succeeded Matthias, Melli kept his position. In 1623, he left the imperial court to return to Reggio, in Emilia. The date and place of his death are unknown. Pietro Paolo Melli’s five books of Intavolatura di Liuto Attiorbato were published between 1614 and 1616 by Giacomo Vincenti, a prolific publisher of music and works on music theory from northern Italy. Indeed, many of the works that serve as references today can be credited to him: re-editions of Caccini's Le Nuove Musiche and L’Euridice in 1615 and treatises on diminutions (Bassano, Rognoni, Diruta, Bovicelli, Spadi), including Botazzi's in 1614. Melli thus entrusted his works to a key figure in the musical life of his time, fully aware of the revolutionary changes occurring in music theory and practice in the early 17th century. The dedications Melli placed in the table of contents of the Libro Secondo give us an idea of his entourage. Most of the pieces are dedicated to prominent figures of the Empire or Italian nobility (Cardinal Alessandro d’Este). By way of exception, the title of the Volta detta la Furiosa refers to a sentiment, but it is in fact dedicated to a General of the Artillery, implying that our lutenist had a sense of humor. Two pieces are dedicated to musicians: a duet, the Canzon Terza detta la Regiana, to Giacomo Abbati, “musician of His Majesty, King of Poland” and the Claudiana Gagliarda, which concludes the second book, and is placed after the table for contents, to “the most illustrious Signor Claudio Monteverdi”. Melli’s works were composed for a new type of lute, the “liuto attiorbato”, an instrument emblematic of the new style, of the nascent opera and accompanied monody, and whose construction bears witness to the creativity of the Italian musicians and master luthiers of the late 16th century. Melli used customary musical forms such as dances (courante, volte, galliard), the prelude and the canzon, with a certain predilection for pieces of the “chromatic” genre (Corrente detta la Bratola, Corrente detta la Diana, Volta Chromatica detta la Savia, Il Ciarlino Capricio Cromatico...). He also paid tribute to the new æsthetic, writing essentially for two, sometimes three, parts, with a clear bass line supporting the melody or dialoging with the upper part. The motifs in imitations and the playful or melancholic “passaggi” echo the airs of Caccini or the vilanelles of Kapsberger and canzonette of Monteverdi that he undoubtedly knew. The Libro secondo also contains two pieces for the theorbo and, most notably, four duets, representative of a practice that must have been common, but for which few sources are extant. The ballet il Fedel amante, composed of an intrada, allemande, galliarde and courante, is there to remind us that Melli was a musician of his time and aimed, above all, at creating “divertimenti”. That he was able to remain original and inventive within this rather rigid and conventional framework attests to his talent.