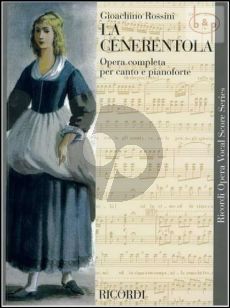 In the days just before the Christmas of 1816, Rossini was still looking for the subject and the libretto for an opera that he was contractually obliged to stage at the Teatro Valle in Rome in just over a month's time. Jacopo Ferretti proposed a libretto he had himself written based on the famous fairytale by Perrault, Cinderella. Rossini composed the opera in less than a month, completing it on the 24th January 1817, the day before its public debut. Removed from its original fairytale context, Ferretti and Rossini's La Cenerentola is a comedy with some credible situations, where comedy and sentiment come together brilliantly. The opera was a fantastic hit right from the start and is still one of the composer's absolute masterpieces!