An Imaginary Trip to Naples and Buenos Aires 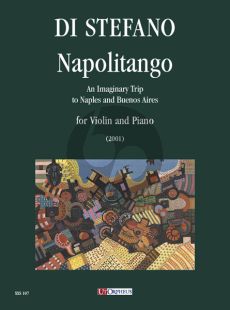 Being interested in certain aspects of popular music, I became aware of several similarities between popular Neapolitan melodies and the Argentinean tango. Napolitango is based on an imaginary journey to Naples and Buenos Aires. In retaining certain characteristics of the original music, Napolitango embodies an inspiration and an almost theatrically passionate character which is common to these two genres. The piece has been composed for the Parisian Festival Paris Banlieues Tango 2001. (S. Di Stefano)