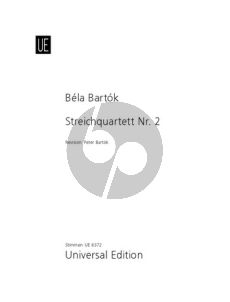 The following manuscript sources are available to be referred to in preparing the revised edition: 1. Sketches, with part of the second movement in two versions; 2. A fair copy of the second movement in the handwriting of Márta Ziegler (Mrs. Bartók) with additions by the composer; 3. A printed copy of the score, first edition, apparently once the property of Tibor Serly, in which the composer made certain corrections, but only up to page 38; 4. A list of revised metronome mark numbers (apparently prepared for the second edition as they are all found incorporated there). (P. Bartók)