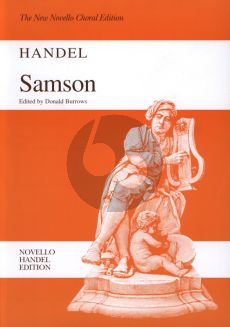 This latest addition to the Novello Handel Edition is the first complete, modern edition of the composer's longest oratorio, prepared after examination of all known contemporary sources, both music and word-books.

The publication embodies the complete text known to have been performed at the Covent Garden premiere in 1743, as well as identifying the later shorter versions and additions performed regularly by Handel, and an Appendix of all further variants created by him and performed during his lifetime. It is thus a comprehensive and flexible edition for between four and eight soloists, with an abundance of choral writing and some of Handel's most sublime writing for voices.

Includes an historical preface, extensive notes on the performance of the different versions and useful practical notes on the interpretation of Handel.