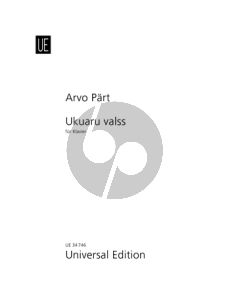 This concertina piece was written for the 1973 Leida Laius film Ukuaru, in which Aksel (Lembit Ulfsak) enchants Minna (Elle Kull) by playing the waltz, which then becomes a powerful and lasting artistic theme by the end of the film. The original score of the film is intended for an accordion and an accordionist, but in the film the piece is actually played on a concertina. There were some changes in the rearrangement of the waltz for the piano but it retains its playful form.