Symphony No.7 Facsimile Edition and Commentary by Mitchell and Reilly - Gustav Mahler 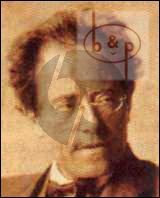 Earn 2,500 Poppels with this product

Beautiful full color facsimile of the autograph fair copy in the possession of Het Concertbebouw, Amsterdam, published on the occasion of the Orchestra's 'Mahler-feest 1995'. Contains numerous erasures & revisions, with major but non-structural differences from the printed score, including the elimination of a contrapuntal section from the second movement. Introduction analyzes relationship of surviving sources; these include a copyist's ms & a 'cancelled' sketchbook in Vienna, and two sketch-drafts in New York. Mahler conducted Wagner's Meistersinger overture directly after a performance of the Seventh Symphony to emphasize the tribute of the symphony's finale to Wagner. Handsome clamshell case in blue linen.